Finding your soulmate can be tough, especially if you're unfortunate enough to be born to a relatively poor family in a tiny little town that people rarely leave. Finding your someone means travel, and travel means money.

Crime isn't great, but at least it pays.

What happens when your caper-to-end-all-capers does disastrously wrong?

Betwixt: At Second Sight is a short Visual Novel created for Nanoreno 2022. It takes place in the same universe as 2020's At First Sight. It features:

This game is brought to you by the ridiculous and speedy artistic skills of Mystery Zone and the crazed writing of bobcgames.

Can't get the first ending >.< I read the hint you put in the development log post but still wasn't able to get it.

You know I like your visual novels, and I believe YAGS is one of the greatest games I've ever played. But this game - I guess this is the time for my "not so nice" review, and I apologize for that. If you like you're free to delete it after you've read it. That the characters have to move is something I can't understand. That takes way more ressources than still images and is probably harder to code. That the "good ending" is incredibly hard to get is something I'm used to in your other games (what I personally don't like), but in this one I wouldn't be able to get it if I dind't had the knowledge of a programmer. I can check and manipulate the variables (which I did), in order to find out how to get it "legally", but if I wouldn't have had this possibility, I would have probably just deleted the game, frustrated. The ending, well - as a pacifist I don't like it, but that is my problem.

I always appreciate comments, even negative ones, as long as they're well thought through, and this one is no exception, so please don't apologize!

The animated sprites were because the artist I was working with wanted to try out Live 2D, so it's not actually harder to code and was a fun experiment, especially since this game was done for a gamejam and those are good times to try new things.

Amusingly, I feel like the "best" ending in this game is one of the easier ones to get across my games, but I totally understand if people have trouble with it. That's why I typically add difficulty settings to my games, but again, this was a gamejam game so I didn't bother.

This game is supposed to be darker and end less well than my other games, and it's totally fair if that's not for you :)

Thank you as always for your thoughts and for trying the game!

Doing negative reviews is not something I enjoy (and probably nothing that someone enjoys to read), that's why I apologize. Especially, because I usually really enjoy your stories - for me, the (only) important part of a game is it's story, and that is one of the reasons I've played your games. (And why I loved YAGs so much. The characters are amazingly well written).

Not the correct place to mention, but that is what surprised me at YFFY - Sometimes the action needed for the best ending doesn't seem as supportive as another choice. e.g. "leave him alone" instead of hold him & support him, so the good ending was hard to get because it was hard to guess what you believed to be supprotive, so I'm very grateful that you've uploaded a "solution". Here, I just didn't have any clue, before messing around with the variables.

As already mentioned, I've tried most of your games (the ones that I believed have at least a certain amount of interesting story in it), which is why I disliked the planner in ZEN so much - I'm just there for the story (I know I'm probably alone with that), but again: thank you for making great games.

My remarks always sounds so negative, but I'd like to reassure that I've really enjoyed your games.

This game is amazing. I love the dark twist on the soulmate genre and I love how well executed it was without being too clichéd. Every interaction between Anakin and his soulmate hurt but in a good way? ("There's so much emotion in that word that my knees feel weak." They really met in the worst way possible and seeing Anakin struggle with that realization and try to come up with a solution was so interesting.

After replaying the game dozens of times I had to look at the script to be able to figure out how to get two of the endings because I could not figure out what I was doing wrong. I managed to get all four endings but I also realized just how many choices there were and how nearly every single one of them unlocked a new piece of dialogue later in the story, which is so cool.

So yeah, thank you for making this great game!

Aw, thank you! I'm glad you liked the game.

If you haven't already tried the "prequel" At First Sight, that's also free! It's also a bit of a twist on "soulmates", but a considerably less violent one: https://bobcgames.itch.io/afs

it was honestly great!

Thank you! I'm glad you enjoyed it! 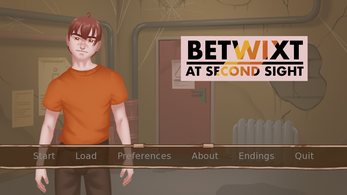 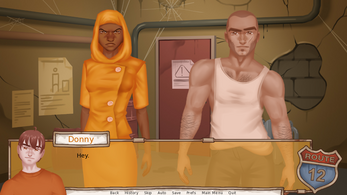 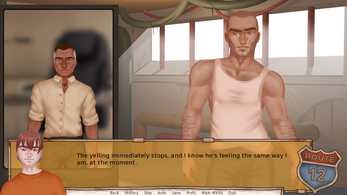