New ZAGS Build, and Thank You!

There's a new game build (v1.0708.0) that fixes a bunch of bugs and issues, and makes some aspects more user-friendly.

It's recommended that you update, especially if you're playing on Standard or Easy modes. Existing progress and save files should carry over automatically.

Note: If you're playing with the nudity patch, you'll need to re-patch the game after downloading the new version, but you can use the same zagspatch.rpa patch file.

Changes since the last build:

Please continue to report bugs to me by whatever mechanism is most convenient to you.

ZAGS has received over 560 downloads since its release just four days ago, and I've already received so many nice comments.

I hope everyone is enjoying the game, and thank you to everyone for your continued support.

Just letting you know, March 25 has the wrong background in the morning... Unless Carlos suddenly started sleepwalking and woke up in the middle of campus lol. 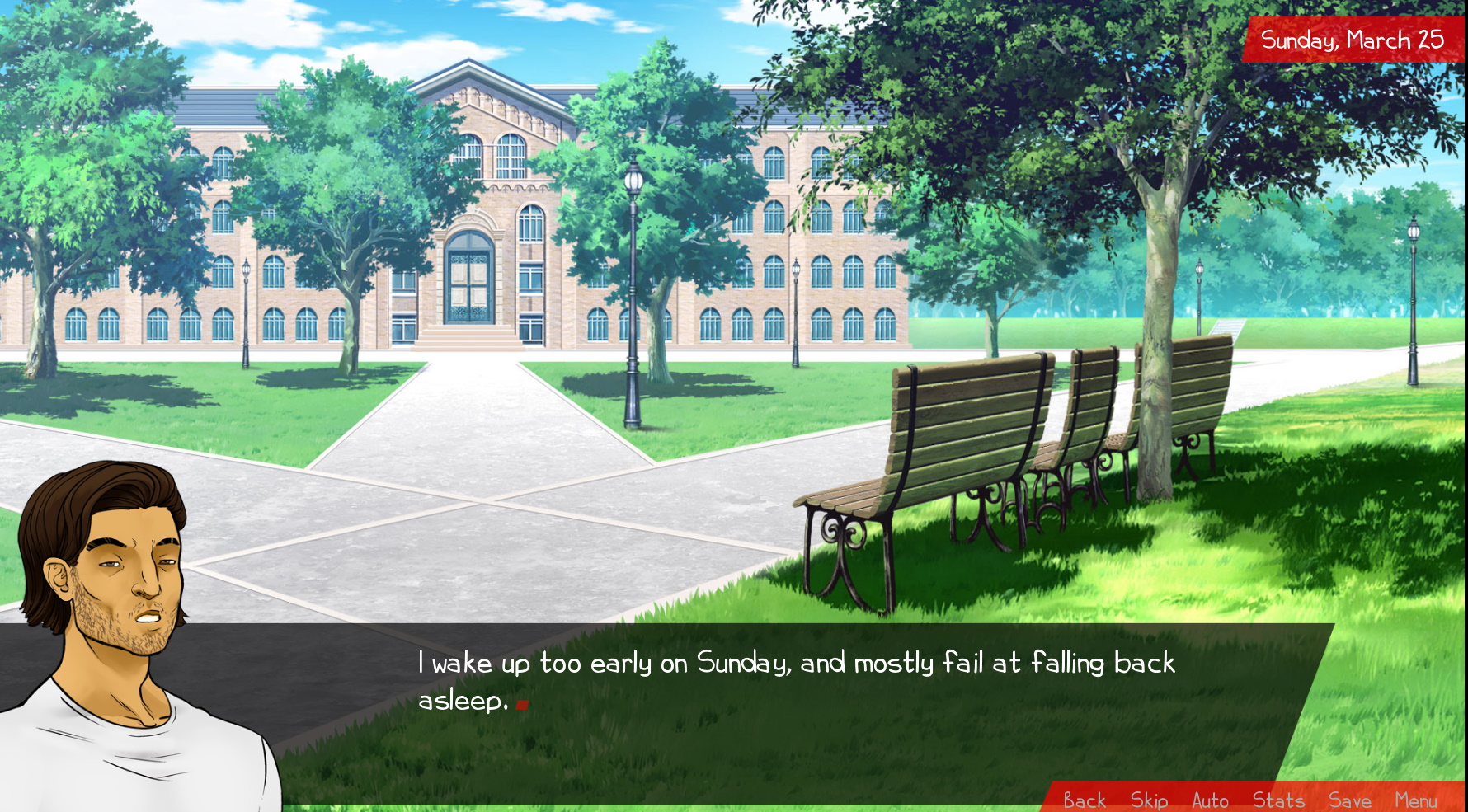 (Maybe he sleeps on the grass outside because it's starting to get warm out ;) )

Also, the same wrong bg on Malik's route on April 14 when suggesting a movie at Q&A.

where can i get the nudity patch