Zen: A Gay Sequel (or "ZAGS") is a gay, planner-focused, stat-based, dating sim set in college. It is the sequel to Yearning: A Gay Story ("YAGS" for short), a visual novel about being gay, coming out, and making friends.

If you have not played YAGS, it is recommended you do so before playing ZAGS. However, ZAGS is a self-contained story that can be played without any prior knowledge of the characters or universe. 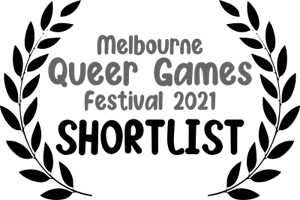 The game's CGs are censored by default, but can be uncensored via an optional (and free) patch. (An uncensored Android build is also available for the full game.)

In addition to the patch, the game features a setting to censor or skip explicit content, for streaming or LP recording purposes.

You will, of course, receive the full game itself, for Windows, Mac, Linux, and Android devices. (And yes, the uncensored version is available for Android, while a patch is available for all other platforms.)

In addition, you'll get access to the ZAGS Soundtrack, featuring Zen (the ZAGS theme), as well as acoustic covers of both Yearning (the YAGS theme) and Zen, plus a couple other bonuses.

You'll also get a PDF version of the ZAGS coloring book that you can print out and color.

Want more? We have some other limited rewards, including physical swag, available here! (Or see the full set of available YAGS-verse swag.)

In addition to the game itself, you can purchase physical rewards such as stickers and signed prints. Or put yourself in the game! See more details here.

If you have already purchased the game and want to upgrade or purchase physical rewards, please shoot me an email at bobcgames (at) gmail.com.

(Or see the full set of available YAGS-verse swag.)

You can also check out the entire YAGS-verse, including additional games and writings in the series.

You can access them on the ZAGS website here. It is recommended that you complete the game at least once before reading any of them.

A post-ZAGS series following Carlos and Adam in San Francisco is available for free reading on the AAGS Website.

You can also preorder the kinetic novel version of the fics, featuring CGs, minigames, and character profiles!

ZAGS: The Role We Play (ZRWP)

A turn-based ATB RPG themed around Halloween, where the characters literally face and fight their fears. You can preorder the game now!

In order to download this game you must purchase it at or above the minimum price of $19.99 USD. Your purchase comes with a Steam key. You will get access to the following files:

Seven ZAGS stickers featuring Adam, Carlos, Malik, Nate, Chris, Jake, and Adam and Carlos together. Plus a cardboard coaster. Plus an additional sticker signed by the writer (Bob Conway). (example)

Twenty 2x2" square magnets, featuring the main ZAGS cast. Plus a 4x6" print of Adam, signed by the writer (Bob Conway) and individually numbered (out of 5). (Details)

Additionally includes a basic sticker pack, plus a sticker signed by the writer (Bob Conway).

US Domestic shipping only. (No international shipping on this reward, please.)

Additionally includes a basic sticker pack, mailed to you, plus a sticker signed by the writer (Bob Conway).

US Domestic shipping only.  (No international shipping on this reward, please.)

An 8x10" print of Carlos, signed by the artist (David Stoll) and individually numbered (out of 5). Plus a printed version of the Official ZAGS Coloring Book. Plus four ZAGS cardboard coasters (featuring Adam and Carlos). (Details)

Additionally includes a basic sticker pack, mailed to you, plus stickers signed by the writer (Bob Conway) and musician (Andrew Russell).

StickySecret Route Discussion (Spoilers Within)
by bobcgames · 46 posts
1y
StickyZAGS on Other Storefronts
by bobcgames · 4 posts
1y
I like the game!
by Waniko · 2 posts
136d
Help needed for Jake/Nate and Malik routes on Hard setting
by shawnyahoo · 5 posts
285d
Coming out at the frat
by apollo.whh · 3 posts
322d
Maliks Route
by kolaal13@gmail.com · 2 posts
1y
Carlos and Adam
by BiconicTrans · 4 posts
1y
How do I turn on full nudity without censoring android??
by Subguy26uk · 2 posts
1y
Malik on Hard Mode
by kittymewant957 · 2 posts
1y
So what’s the deal with the unlockable information?
by iRowdyOne · 2 posts
1y
Post a new topicView all posts 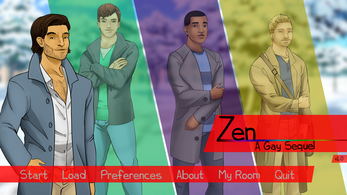 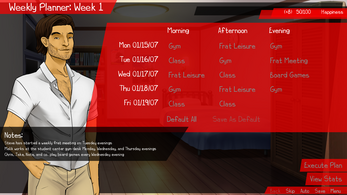 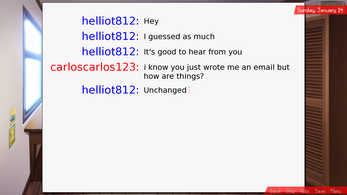 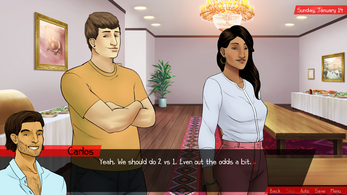 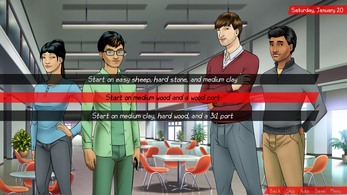 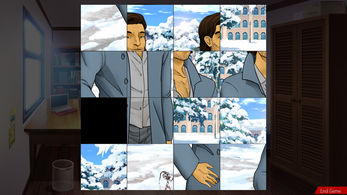