Afterward: A Gay Series (AAGS) is a fictional, contemporary, slice-of-life series of stories set in the YAGS universe, following a gay man's journey of coming out, accepting himself, and finding love. No prior knowledge of YAGS is necessary to enjoy the series, although it does contain spoilers for works in the YAGS series of games and writing.

(If you're familiar with YAGS, then AAGS continues the story from ZAGS after graduation, as Carlos and Adam move to San Francisco together.)

Note: This is a Kinetic Novel. That means that this game has no player choices, and instead is more like a book with art. It does feature unlockable character profiles that evolve as you read the stories as well as CGs (including some sexy CGs) and minigames.

If you prefer to read the series in more traditional form, most of the chapters are available for free on my website.

AAGS is a Kinetic Novel and does not feature player choices. It does feature clicker-style minigames, a CG gallery, and unlockable character profiles.

The full version of AAGS will feature:

Your purchase also includes a behind-the-scenes digital book (PDF) talking about the characters, sharing stories behind the game's development, and including images from the process.

You can also obtain some physical goods like stickers and magnets. (Or see the full set of available YAGS-verse swag.)

AAGS features and depicts gay sex between two consenting adults, and is therefore not for minors. You should be of legal age in your country to consume such materials.

Explicit imagery is censored by default. However, a patch will be available for the full version of AAGS to uncensor the images.

AAGS is currently in "beta", which simply means that it is incomplete and still undergoing active development. There may be bugs. Not all of its features (such as an uncensoring patch or all of its CGs) are in place yet.

However, the game's chapters are complete. You can read every chapter, unlock every character profile,  and play every minigame now.

In exchange for the game being in such a pre-release state, AAGS is currently available for $1 off its eventual list price of $9.99. You can thus experience the game now at a discount.

Remember to check out the physical rewards as well that all include a copy of the game!

If you're not comfortable purchasing the game in this state, you can follow this game's devlogs or the Twitter hashtag or Mastodon hashtag for updates until the game's release.

The full game is due out sometime later in 2023, but there is no estimate at this time.

Playing YAGS or ZAGS is not necessary to enjoy AAGS, as the game includes a prologue chapter summarizing all character and plot information necessary for the series. It also includes in-game unlockable and evolving character profiles that can serve as a further reminder as you read.

However, AAGS will heavily spoil major plot points in both games and the YAGS universe as a whole, so it is recommended that you enjoy the games first before consuming AAGS.

If you're looking for games or visual novels with player choice, you will instead want to check out other works in the YAGS universe.

In order to download this game you must purchase it at or above the minimum price of $8.99 USD. You will get access to the following files:

A pack of eight AAGS stickers and an Adam and Carlos ZAGS sticker, plus a bobcgames sticker signed by Bob Conway (the writer) (example)

Four AAGS magnets, a Nick AAGS sticker, and an Adam and Carlos ZAGS sticker, plus a bobcgames sticker signed by Bob Conway (the writer) (example) 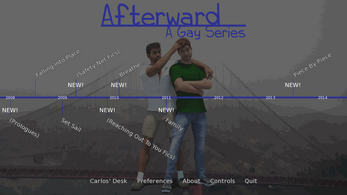 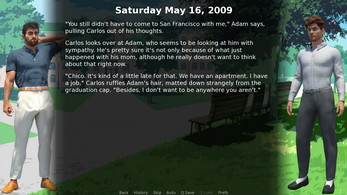 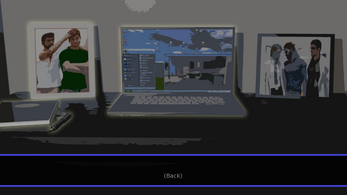 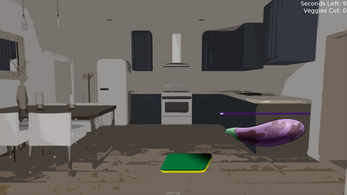 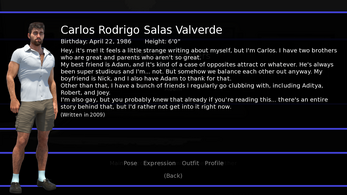