You can download the demo without preordering the full game or paying any money.

ZAGS: The Role We Play (ZRWP) is an ATB-system combat-focused turn-based RPG, featuring an emphasis on skill and character interactions rather than dungeon exploration.

You'll take control of a party of up to four characters (from an overall pool of eight) and guide them through literally confronting and fighting their fears, including bosses with unique combat mechanics.

The game is set in the YAGS universe; however, prior knowledge of YAGS or other games in the series is not necessary to enjoy ZRWP.

The full version of ZRWP will feature:

ZRWP contains some sensitive content, including cartoon weapon usage and combat, homophobia, alcohol use, and shirtless men, and is recommended for teens and up.

You can also obtain some physical goods like stickers and magnets. (Or see the full set of available YAGS-verse swag.)

ZRWP will retail for a list price of $4.99 when it releases, so you can score a discount!

Remember to check out the physical rewards as well that all include a copy of the game!

If you're not comfortable preordering at this time, you can follow this game's devlogs or the Twitter hashtag for updates until the game's release.

The full game is due out sometime in 2023, but there is no estimate at this time.

Playing YAGS or ZAGS is not necessary to enjoy ZRWP, as the game includes a prologue summarizing all character and plot information necessary for the game.

However, ZRWP will spoil some plot points in both games and the YAGS universe as a whole, so it is recommended that you enjoy the games first before playing ZRWP.

If you're looking for visual or kinetic novels in the series, you will instead want to check out other works in the YAGS universe.

In order to download this game you must purchase it at or above the minimum price of $3.99 USD. You will get access to the following files when they are released:

A t-shirt featuring your choice of chibi ZRWP character.

US Domestic shipping only. For international delivery, please email me at bobcgames (at) gmail.com. T-shirt will ship separately from the stickers, directly from the manufacturer.

Loving The Demo So Far!
by CrossXGames · 1 post
127d
Really Fun RPG in the YAGS universe
by Deevil · 1 post
129d
Post a new topicView all posts 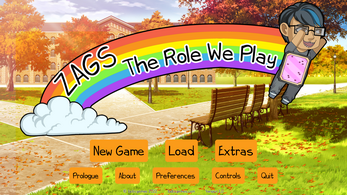 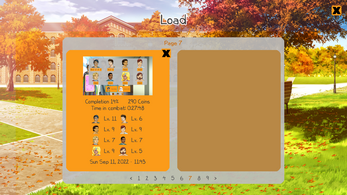 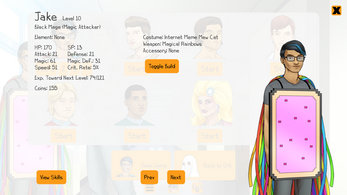 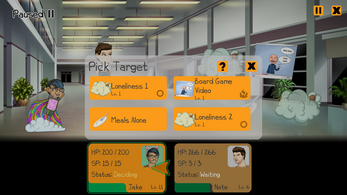 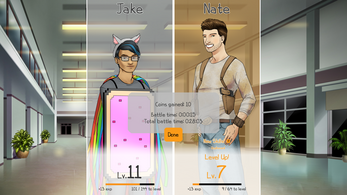 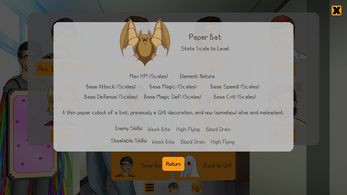