There's new swag, and it's very limited: I have three sets of square magnets available. They're 2x2" each, and you get a set of 20 (featuring the entire base cast of ZAGS), plus a signed and numbered 4x6" print, plus a sticker pack.

Unfortunately, I'll only ship these domestically within the US, but if you're international and interested, send me an email at bobcgames (at) gmail.com and we can talk.

The magnets also come with a preorder of ZAGS, so if you've already preordered the game, please likewise email me for a discount on the magnets ($50 instead of $65). 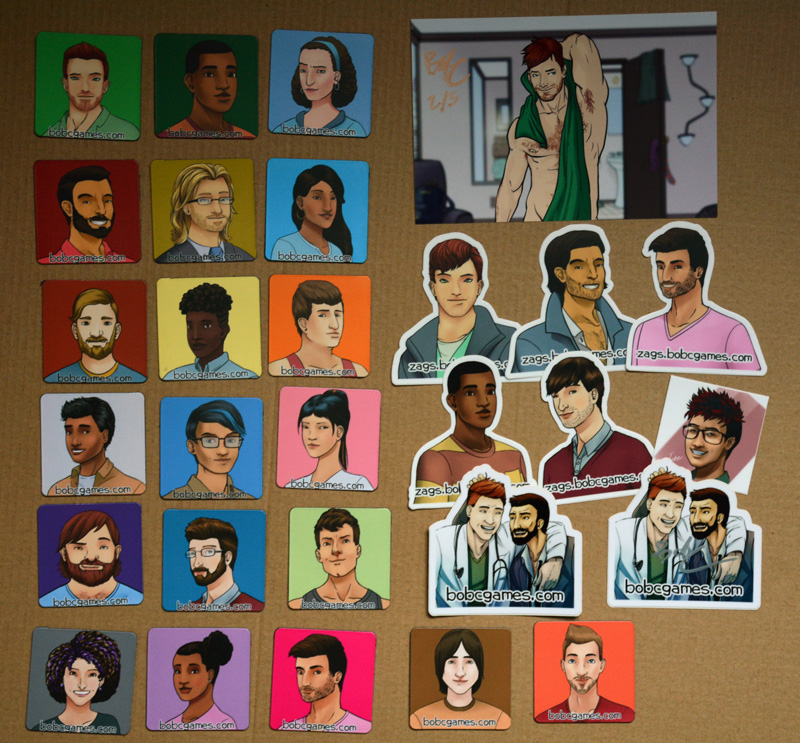 The majority of the month was spent on dev process items (which don't count for these writing stats), but I also did lots of general text cleanup and fixing up of sex scenes to match the CGs.

I lied about being done with adding new CGs... there's one last very special CG added to the list for a round total of 20 CGs. But this is actually actually it for CGs.

David also had a productive CG month; he finished the two in-progress CGs and finished another CG and started another two CGs. So...

Added a count for game unlocks, and a few more achievements including one for unlocking everything