This update is a bit early because I wanted to announce the...

I ran a poll on my Twitter a couple months back asking what kinds of stickers I should print next. And clearly, because the result was almost a tie between Adam and the ZAGS LIs, the right answer was to print both (and then some). 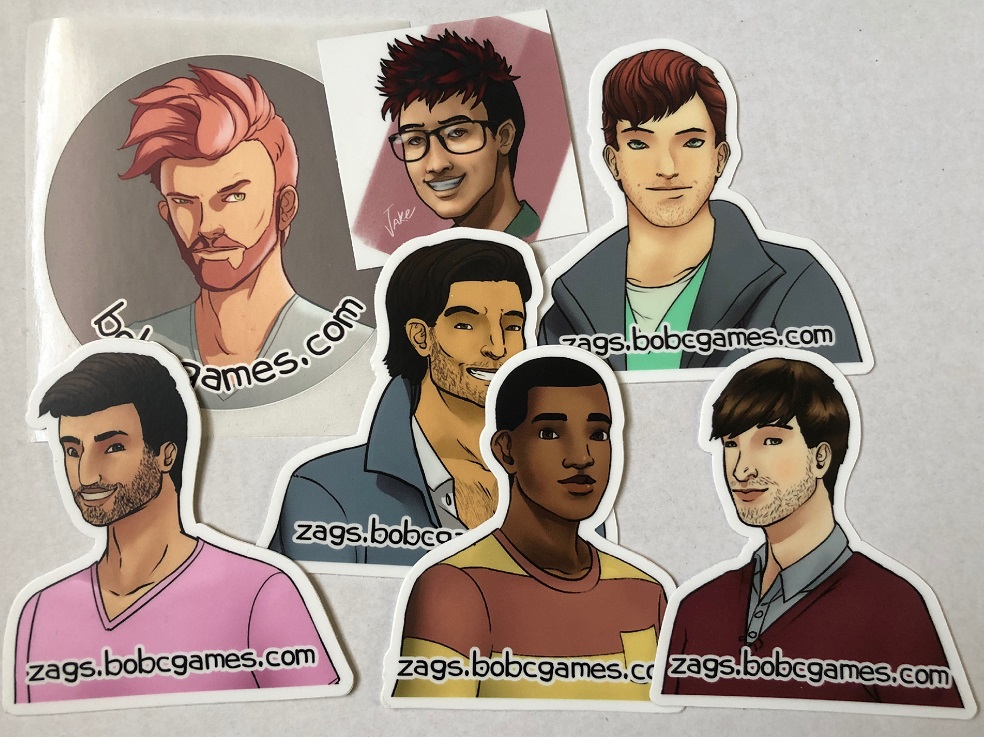 So it's time for a giveaway of a complete pack of all  seven stickers! Instructions for entering are in this tweet

If you don't use Twitter, you can enter instead by commenting on this devlog with your favorite YAGS/ZAGS character and why. (If you've pre-ordered ZAGS already, note that in your comment, and it'll be worth a second entry.) Please do not enter through both Twitter and this devlog, as I'll disqualify all your entries if you do.

Entries close at 9 AM US Eastern time on Saturday, December 5. I'll draw at least two winners, with potentially more if there are enough entries. I'll ship worldwide (although certain areas may be delayed thanks to COVID).

The stickers will otherwise be available through... some future means that I haven't figured out yet. (If you want to donate for a set, message me, and we can work something out.)

Our BaraJam Game Is Now Available

I actually managed to get a decent amount of writing done in the past two months, despite BaraJam, the election craziness, and work generally being busy.

David completed another CG in the past two months, and has started on another three. Wolfscade was still busy with other projects, and hasn't made progress.  General status is 9/17 CGs complete, with 4/8 in progress.

James is my favorite probably because he's very relatable to me (awkward bisexual drama students lol) but I feel like Malik could be a close second after I play ZAGS because I really liked him in the demo so far. I also pre-ordered ZAGS :)

Since we only had 9 entries, everyone is at least a partial winner, so I'd love to send you a (smaller) set of the stickers.

Email me your mailing address at bobcgames (at) gmail.com by Friday, December 11 and I'll get those out to you

My favorite character would definitely have to be Adam. I think he's amazing and supportive no matter which path you choose, and I think he's a great guy in general. (I've pre-ordered ZAGS.)

Since we only had 9 entries, everyone is at least a partial winner, so I'd love to send you a (smaller) set of the stickers.

Email me your mailing address at bobcgames (at) gmail.com by Friday, December 11 and I'll get those out to you